Web layout, wire frames, graphics, UX / UI – for e-shops, web apps and services on Swiss market. I appreciate and  treasure the lasting working relationship    with this web agency and is for me a great opportunity to understand once again, the western market and users.

Switched from Photoshop static layouts to Adobe XD prototypes since 2019

– Project management: i was the lead designer & Single Point of Contact for the Romanian team outsourcing for Orange Switzerland. Agile methods and apps were used – CKC (Collaborative Knowledge Construction) and lately, Jira.

It was a turning point for me, after several professional experiences with minor projects; I took great pride and satisfaction designing for web sites such as Okazii.ro, Trafic.ro, and MyJob.ro, with massive audience, even at that time (over 10 million users).
I also appreciate what I’ve learned from the people meet at Netbridge: agile and scrum project management, new techniques and technologies; it was a privilege to be part of a great team of web designers, developers and programmers.

– Web Design, Photography, Print.
I had the request to take care of the web presence of the company – as in house web-designer:
-Forms, graphics, and illustrations for print ;
-Photography of commercial products (natural stones for pavements) for the web site.
-Network and systems administration (Windows)

– Web Design, Photography, Print.
My first job as a web designer, where i produced the web sites of the company starting from a brochure they owned, scanning the images and optimizing them for the web – maintenance of the IT infrastructure. 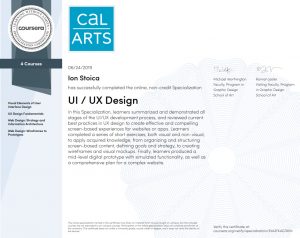